Origin of the DPF

DPF, known as the Diesel Particulate Filters, came into being about half a century ago when some governments started worrying about the consequences of harmful diesel emissions in the surrounding air. Since the past decade, the DPFs are being fixed along with the exhaust engines for every diesel vehicle to control soot emissions. However, such vehicles need to be serviced well for the proper functioning of the DPF, and there can be other issues associated with this innovation in the automotive sector. 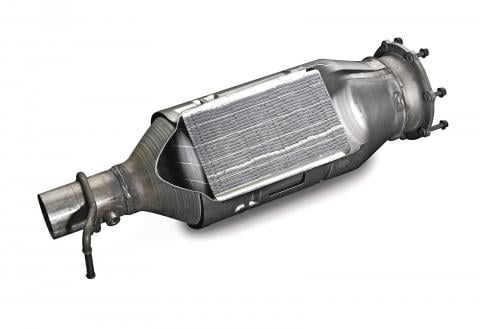 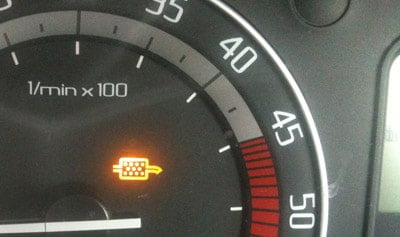 What is the Operating Mechanism of the DPF?

The DPF works in a way that it cleans up the exhaust gases by trapping all the accumulated particles on its walls, letting the gases to escape only. The soot or the filtered particles, which have been collected, are later burnt through the process of regeneration. The mechanism of DPF is entirely monitored by ECU, the Engine Management Computer. After reaching the level of saturation, the ECU is then able to operate the regeneration processes. There are three methods of regeneration, including the active, passive and forced regeneration.

Also referred to as the dynamic regeneration, is where almost half of the accumulated soot has to be burnt by transferring fuel to the exhaust. This way temperature has risen and hence regeneration occurs.

Also referred to as spontaneous regeneration, occurs on its own when there is too much heat produced within the exhaust as a result of your vehicle moving at high speeds, leading to an increase in temperature.

Also referred to as service regeneration, it is where there is a lot of soot accumulated in the filter and the active regeneration is unable to get the DPF cleared. It is usually done by a professional in workshops who use a tool, fuel and high temperature to clean the DPF. Buying a DPF might be expensive for you, so it is more convenient to get it cleaned this way.

How to Know If the DPF Gets Clogged?

People often remain confused while knowing if their vehicle’s DPF is having some blockage issues or not. There is a simple indication to make things clear. The vehicle will tell if you it has a problem by either going into limp mode giving you reduced power and putting the engine management light on. If this happens it’s extremely important to get it looked as soon as possible.

Why Does A Diesel Particulate Filter Get Clogged?

There can be several reasons which result in the blockage of a diesel particular filter. The main causes are:

Does a DPF last forever?

Like every technology, DPF also has a limited lifespan. Services are often offered by professionals to clean it properly, removing the accumulated particles. However, it has to be removed and a new DPF needs to be installed in your vehicles if it no longer can be used again. A vehicle can travel around 200,000 miles using the same DPF if used in the recommend way (mainly motorway journeys, allowing it to regenerate when needed). However, it still depends on the number and type of regenerations it has gone through as well as the driving speeds of the car. Some vehicles may hardly cover around 60,000 – 120 000 miles after which removal and deep clean is required or complete renewal of the DPF becomes necessary.

A diesel particulate filter is beneficial in many ways; most importantly it helps to reduce the toxicity of the air by limiting the amount of soot getting released in the environment. However, you need to have a look if a DPF does more harm than good to you. You might face many issues with the DPF maintenance as well as paying high amounts to get the DPF replaced this occurs. When the vehicle is driven on short journeys often, the exhaust system fails to reach a temperature where it can perform a passive regeneration causing excessive soot buildup. Unless this is addressed by performing a forced regeneration it will untimely lead to a completely blocked DPF which will bring the engine management light on and give you restricted performance. Removing the DPF eliminates the need to perform these regeneration cycles, as well eliminating the reduced performance, engine management light and any future issues.

Why is The DPF Deletion Helpful?

Empire Tuning ensures that you get rid of the problems associated with DPF removal as soon as possible, by advancing in technology and software developments. Empire Tuning helps customers in several ways whether it’s a regeneration, fault finding or complete removal of the DPF. DPF removal means that the customers are not going to have continued issues and ultimately saving in vast amounts of ongoing maintenance.

Legal Actions to Delete A DPF

Removing a DPF from a vehicle technically isn’t illegal, however UK government say “But it is an offence to drive a vehicle that has been modified this way, as it will no longer meet the emissions standards the car achieved when it was approved for sale in the UK”.